Miss Mabel Lee was sent out west by her father because she was too "boy crazy" back home.

Unfortunately, Mabel's father sent her to a state with a very unbalanced ratio of men to women, and she quickly married a man named Gordon Meldrum and made Wyoming her new home. Gordon and Mabel inherited what we now know as Paradise Ranch from Gordon's father and used it as a working cattle ranch. 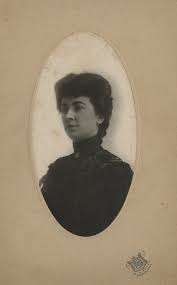 Gordon worked as a doctor in Buffalo and managed Paradise as a working cattle ranch. Mabel and Gordon soon realized what a treasure the ranch was and began inviting their friends to spend time at the ranch.  Over time, it soon evolved into a guest ranch.

Some of the first guests at Paradise

Mabel and Gordon had a son, Jack, in 1909. Shortly thereafter, Gordon died tragically from a ruptured appendix with Mabel at his side in 1911. 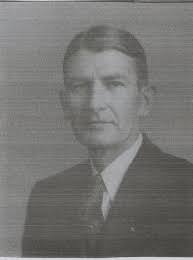 In 1916, Mabel married a previous guest of the ranch named George Wolcott. Wolcott was a Harvard Law School graduate and a very wealthy man. He built Mabel a "winter cottage" in town that still exists today. During their marriage, Mabel ran Paradise Ranch, building it into a major guest ranch. She led fishing and hunting expeditions, advertised for new clientele, and managed all the employees. Five years after their marriage, Wolcott died suddenly in his sleep.

Mabel sold the ranch in 1926 and married Robert Hayden. During this marriage, the once gentle, refined lady transformed the way she dressed. She changed from fashionable, Eastern clothing to skirts worn with boots and cartridge belts, to finally cutting her hair and wearing men's clothing! 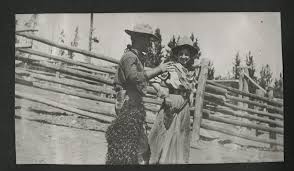 Mabel was widowed again after 23 years of marriage to Hayden. After his death, Mabel continued living in her home in Buffalo. She died on July 11, 1955, of throat cancer, and is buried between Wolcott and Hayden at Buffalo's Willow Grove Cemetery.

Her granddaughter, Louise Meldrum, is still alive and living in Buffalo. She said of Mabel:

"I was always amazed at how wildlife was attracted to her. She would call and birds would come to eat out of her hand, and chipmunks would climb onto her lap." 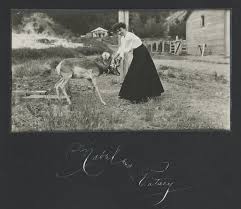 Mabel with one of her pet fawns

One can easily say that Paradise Guest Ranch would not be the same without this incredible woman. It is because of her passion and hard work that we can enjoy Paradise today!